Before you read this post: If you’re looking for something with more power and to stop you reaching the limits of your equipment sooner then check out this post on the best telescopes under $1000. These scopes are in the sweet spot between price and power and will last you a lifetime. Clear skies and happy hunting!

Interested in purchasing a telescope because you love astronomy so much?

Don’t think that you need to shell out tons of money in order to get a quality telescope that will bring you hours of joy.

Why do you need a telescope for astronomy?

While you can look at the sky with binoculars, a telescope provides you with more light-collecting ability and magnification.

With that in mind, let’s look at the best telescopes you can buy for under $200.

We’ll start with the best one on offer, while also looking at four alternatives to cater to your specific needs, such as if you want a telescope that will help you take amazing pictures of what you see in the night sky.

If you want a quality telescope that doesn’t ruin your budget, this is the best one you can buy. Here’s everything you need to know about it.

This Orion telescope is the best reflector telescope under 200. It has all the features you need to achieve quality views of the sky.

This telescope is both powerful and user-friendly for beginners. You’re certainly not limited to seeing the moon as this telescope will make you view exciting images of the sky, such as Jupiter’s moons, Saturn’s rings, and more.

This grab-and-go Celestron telescope is the best refractor telescope under 200. It’s filled with everything you need, along with some extra items, that will make you eager to start finding celestial objects. However, you won’t be able to view deep-sky objects, such as nebulae.

Don’t be fooled by how it’s the best telescope for beginners – this one has many features even advanced stargazers will love.

This Telmu telescope is the best beginner telescope under 200. It’s a wise buy for you if you’re looking for a telescope that offers convenience, such as the ability to take photos of what you see.

With a 70mm aperture, it probably won’t give you the most detailed views of all celestial objects, but it’s a solid telescope for beginners and easy to use.

This is another quality telescope from Celestron. Let’s check it out!

This Celestron telescope ss valuable for beginners because once you master it it’s sure to provide you with many years of enjoyment.

This is a good telescope under $200 that’s not only extremely affordable but it has a lot of other features for the beginner astronomer. Let’s check them out!

This Celestron portable telescope ss ideal if you want a telescope that you can take with you to your favorite stargazing locations, but based on the reviews on Amazon you might have to swap out its tripod for a sturdier one.

Telescopes for Under $200 FAQ

So far in this article we have featured five of the best telescopes you can buy for under $200, but there are some important things you need to consider when it comes to choosing a telescope.

Picking the right telescope type for your needs

When you choose a telescope, you have to ensure that it will allow you to see as much as possible in the night sky. You don’t want to spend money on it only to find that it limits your astronomy hobby. So, with that in mind, let’s look at some of the most important features to consider before you purchase a telescope.

What telescopes are best for deep space viewing?

If you intend on searching for and viewing deep-space objects, such as nebulae and galaxies, you’ll need to ensure that your telescope is up to the task at hand! Here are some important things to look for.

What celestial bodies can I expect to see with telescopes under $200?

The good news about buying a budget-friendly telescope that doesn’t cost more than $200 is that it will have many features that you’d find in high-end devices.

An example is the Celestron PowerSeeker 127EQ Telescope that comes with an Equatorial mount and can help you see planets as well as their details, such as Saturn’s rings.

Other telescopes, such as the  Orion StarBlast II 4.5 Equatorial Reflector Telescope, will provide you with the chance to view star clusters and nebulae.

It’s been said (via New Atlas) that telescopes which are considered to be for beginners will have an objective diameter (or aperture) of about 60 to 115mm, but this is enough for you to see a variety of objects, such as the moon, planets, galaxies such as the Andromeda, and more.

As a sidebar, the Orion StarBlast II 4.5 Equatorial Reflector Telescope that we featured in our reviews of the best telescopes has a 114mm aperture, so that will provide you with more than enough light to view all the treasures listed above.

So, it’s clear that you will be able to see many celestial bodies with a telescope that doesn’t cost a lot of money.

Can telescopes under $200 do astrophotography?

If you want to take pictures of space objects, not just look at them, you might be wondering if you can achieve this goal with telescopes that cost less than $200.

To answer that question, let’s look at what features your telescope needs to have for you to do astrophotography.

Your telescope needs to have a mount

This is so that you can track the objects you want to photograph much easier. Remember, the Earth rotates, so you want to capture those slow-moving objects!

Some of the best telescopes under $200 have Equatorial mounts to help you with this task, such as Orion StarBlast II 4.5 Equatorial Reflector Telescope that we featured in our reviews.

Your telescope needs a wide-enough aperture

We’ve said it once and we’ll say it again: your telescope needs as large an aperture as possible! If it can collect enough light this will also ensure that you can take detailed photos, especially if you’re hooking up your camera or smartphone to your telescope.

Aim for a telescope with around 114mm, such as the  Orion StarBlast II 4.5 Equatorial Reflector Telescope.

If you want to photograph deep-sky objects, such as galaxies, you’ll need a shorter focal length because it will let you have a larger field of view.

A longer focal length will be better for viewing planets and the moon because it will give you a narrow field of view but allow the objects to be larger so you can look at their fine details. The Orion StarBlast II has a short focal length.

The best telescopes under $200 tick all the right boxes!

Telescopes are becoming much more accessible to the general public, but it’s important to know which ones are worth your time and energy.

In these reviews we have featured five of the best telescopes you can buy for under $200, along with some important information you need to make the best choice for what you want to use them for, such as if you want to study deep-sky objects or capture Saturn’s rings. 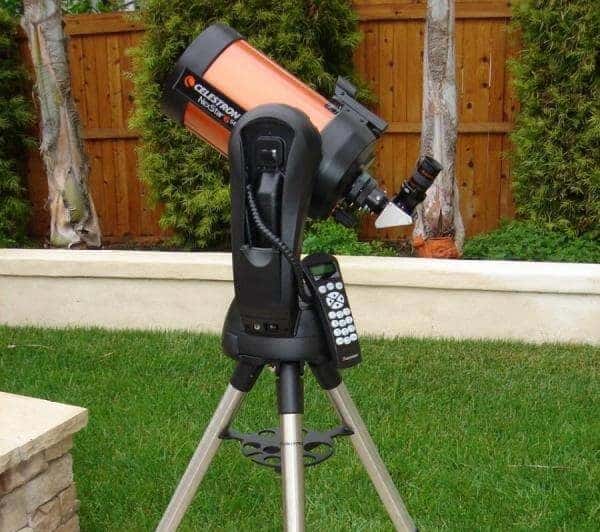 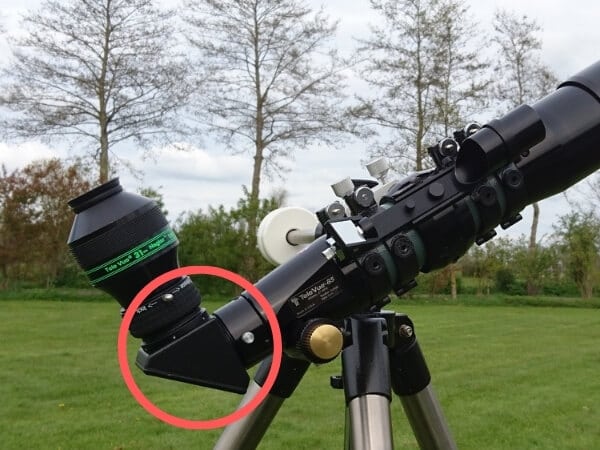 Why Is My Telescope Image Upside Down? – Answer & How To Fix 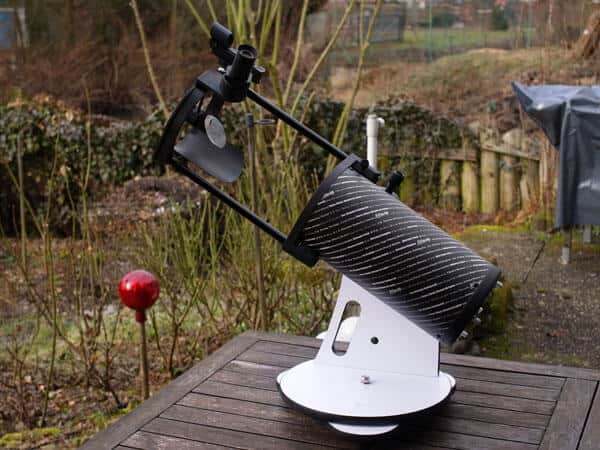